I come bearing gifts! The music for LANCE GIRL is progressing very well, and I bring for you not just mock music/samples, but FULLY FINISHED TRACKS FOR THE GAME!
LANCE GIRL BETA TRACKS + COMPLETE TRACK SAMPLES


Also, a Production still from PASMO RADIO: The Guerrilla Concert (Yes, I'm aware of the spelling mistake, this is merely a draft): 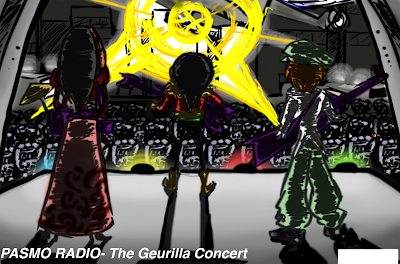 I'm keepin' busy, and I'm keepin' strong. The rest of the LANCE GIRL soundtrack is still to come, and there are also changes to the Beta tracks that will be implemented by the next music update. Thanks for your support, everyone!
Rocdanelymmo Ouinc,
~Søda the Junker
Posted by Søda Meløn at 10:42 PM No comments:

Working, Schooling, Living. Animation and Design. Composing.
All this and more in the wonderful world of Meløn.

It's all in good fun, and if I can keep everyone out of my hair long enough to enjoy it, it'll remain fun to create. I hope you all enjoy the things I'll be producing in the year, and keep your eyes peeled. I was able to do some more in-depth compositions for PASMO Radio (Now with the real instruments recorded instead of synthesizes) and share some musical quality time with my little brother, the guitarist for the main song of The Guerrilla Concert.

In other news, a BRILIANT display of fighting this Saturday Night, at the 2nd OFFICIAL MELON BRAWL EVENT. I promise there will be more to come, and it'll always be a great time. Tekken5:Dark Resurrection Online, 4 Rounds, 7 participants, PSN.
Current Champion: WiLLTuRNHeaDS

A new character design popped into the works. The psychotically shell-shocked SHOTGUN SHIRLEY. This young woman is in her early 20s, and is helmet adorned and battle ready. She grew up on an army base for the early years of her life with her father, a Corporal, and her mother, a mechanic/engineer. When the base was bombed during a surprise air raid, young Shirley Ashton was caught in the blast. Miraculously, she survived and was sent to an orphanage to live out the rest of her life away from harm. At the age of 16, something triggered in her brain, and she developed a form of schizophrenia that ultimately throw her psyche into the war zone. She stole her now trusty Remmington 870 Wingmaster (which she lovingly dubbed "Remmy") and fights an onslaught of insurgents at all times, despite these enemies being in her head alone, born of the stories and sights she grew up.

…so yeah, a total mascot character, nothing more. 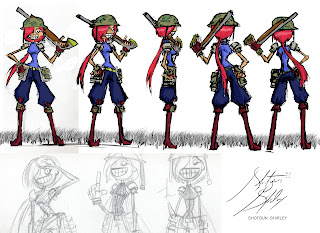 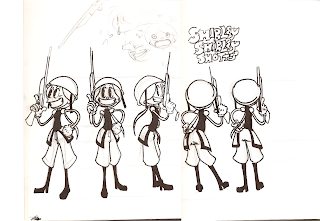 Soooooooooo yeah. That's pretty much it. This was more of an update in general. Next one will be more specific.

Be Free [You Deserve No Less] 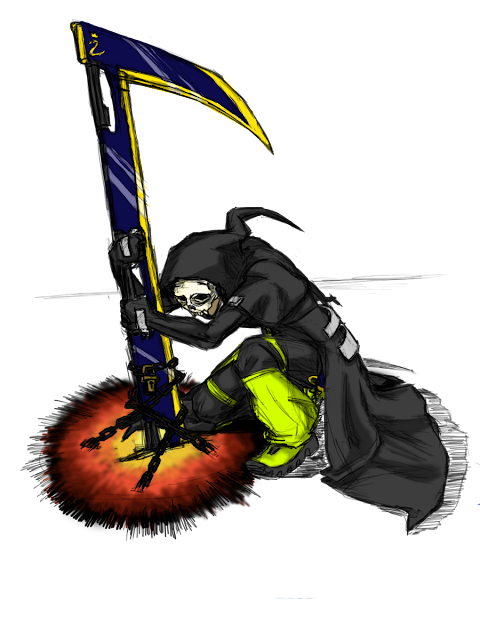 RETROSPECT: Time, Space, Reason, and the End of Everything else 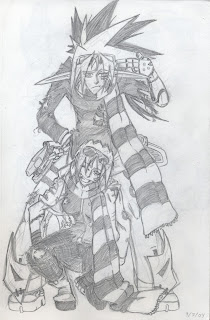 RAÏN CBAYGC DU DRA FUNMT, VNUS DRA AOAC UV PNUGAH DESA
::TIME::
Blips of reality are all we see day in, and day out.
The world is faltering, as is the concept of time.
What is it that makes us certain yesterday happened?
It's as likely that you've gone to sleep yesterday, and woken up today,
as it is that you went to bed last week and everything you're still experiencing is a dream.
Dreams overlap into themselves, as much as their meaning in themselves.
A dream is a recollection of the thoughts that have passed through your brain as you were awake. These memories go from short term to long term memory as you rest.
But if you live in the past, constantly thinking about what happened at a certain date or point, then you're going to constantly dream of it as well.

And everyday you dream will begin the same. You've stopped time for yourself.

::SPACE::
We are beings of Earth, the most fruitful and lively planet in the Milky Way. We live due to a specific occurrence of events, provided by our ever so complex solar system.

The universe is infinite, and one cannot physically measure the negative space of a Supernova's Dimensional tear. So if you know that right now, there's someone dieing on our planet, isn't it niave to say there's no possibility someone, or at least something, is being born out in a psuedo-gaia reality like our own?

We've come so far, yet there are far too many who believe that humans are alone in this universe.

Though in truth, everyone on this planet IS alone. 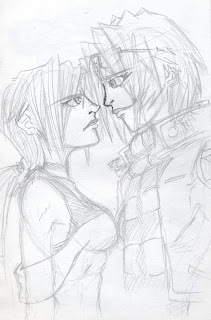