This and That: World Water Day and The Return of your Childhood

I'll do a personal update later in the week, but for now I'd like to do a few shout-outs to anyone interested.
For those of you that didn't get the memo, today is world water day. I'm not really big on "charity donations", but there is one project that has caught my eye.
The small organization water.org works to create fresh water where none is available. In the small village of La Kabouy, Haiti, all the water has been contaminated (as is the case in much of Haiti) and the well they have is currently not able to give them any better water. The village is no forced to dig holes next to the river to get "clear" water that is safer than the river. Sadly, "clear" does not mean "clean". It's still pretty contaminated, and that's no good.

I personally only donated $5.00 for now (I know, seems a bit stingy. I do plan to trickle more in with time though, in I don't like to throw a lot of money at things to solve issues. It's why I chose this group in the first place). If you think this is something that you would like to help with, I encourage you donate some money and/or at least show them support by following and showing you give a damn.


If you follow this link, it'll take you to my page, allowing you to sign up and donate.

On a lighter note, I think you all might love this: TOONAMI AFTERMATH
We all were there when the death of Toonami, the premiere cartoon "channel" was shut down after about 7 years of running. Well, a group of die-hard fans have compiled the entire library, from beginning to end, of what Toonami had to offer. They now stream it 24/7 on their Justin.tv channel. It's Toonami, in it's purest form, which we 90s kids remember best, before Code Lyoko and Naruto went and killed the ratings. If you're a fan of REAL old school animation [Gundam, Dragonball, Robotech, Thundercats, Tenchi, Ranma 1/2, Batman:TAS, Sailor Moon, Outlaw Star, etc.] All I have to say is this:
WELCOME TO THE REBIRTH

aaaaaaaaand yup, that's pretty much all I got this time around. As I said, a personal update will follow later in the week involving things like Shrieks of Santa Arséne, PASMO Radio, and LANCE GIRL. 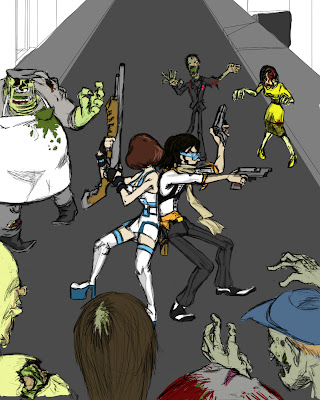 Every waking moment, every second, life is a gamble. But sitting around worrying about the consequences will get you nowhere. It's best to just take a chance whenever you can. You never know what's gonna happen, right? There's no such thing as luck, or someone being lucky for that matter. It's all a matter of preparation and skill. Taking the risk alone is proof of that preparation. 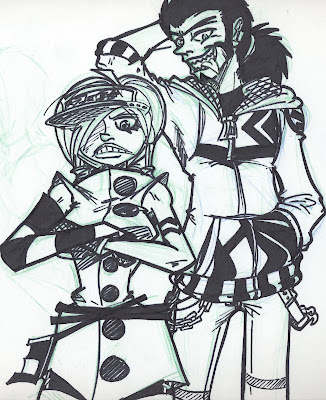